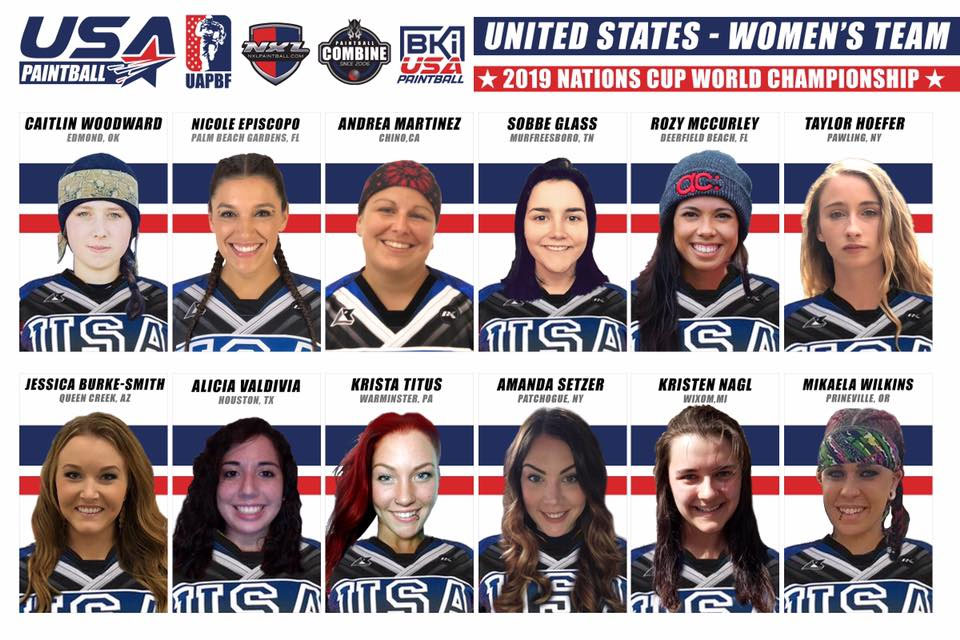 Earlier this month at the BKi Paintball Combine in Florida tryouts for the Women’s National Paintball team were held. Bea Youngs, along with the staff of BKi Paintball, ran the tryouts and selected the final team. The team will compete against National Women’s teams from around the world in the Nations Cup at The NXL Europe Amsterdam Event in September.

In addition, in the past, the Nations Cup divisions were each being played at different events making the responsibility a difficult one to fulfill. With recent changes in the scheduling, we will now see all of the divisions – outside of the men’s – competing at the same event in Amsterdam.