It’s impossible to talk about the Rise of mag-fed Paintball without actually defining what mag-fed is—and that’s no easy task.  Was the 1987 Tippmann SMG-60 a mag-fed marker?  After all it doesn’t use gravity to feed paintballs, it is loaded by inserting “clips.” Does that count? What about a stack tube pistol? And once we answer what mag-fed paintball really is, how do we answer the question. When did mag-fed paintball start? Was it in 1987 when the Para-Ordnance Mod 85 came out? Or 1994 when the Tagline TS1 was released? Or was it more recently with the companies like Tiberius, Milsig, RAP4 or Tippmann?

I submit that mag-fed paintball is not as much about defining the marker so specifically that we lose the essence of what the mag-fed really is. Mag-fed paintball is a culture, a lifestyle game and a relatively new way paintball is played that cannot be defined just the marker being used, although you can be excluded by the marker you use. So for the purpose of this article let’s call a mag-fed marker one that does not use gravity to feed paintballs; a marker that has a quickly detachable/removable magazine, clip or something similar; and maybe as a bonus (but not a requirement), a marker that shows some similarities to a real “gun.” We can nit-pick this to death but let’s not. If you want to call a pump-gun with a ten round tube stuck in the feed tube a mag-fed gun I’m not going to argue.

So whether you have an old school marker like the P15 Marauder, the TS1 or Mod 85—or you are more into the modern world of markers like the Tiberius T15, Tippmann TPIX, Honorcore TGR, Milsig M17, or Rap4 T68, just to name a few, your marker is mag-fed. So now that we know mag-fed markers date back nearly 30 years, when did the game of mag-fed paintball start and did it peak?

I’m relatively sure that sometime in 1987 there were probably two people playing a one on one game somewhere using Para Ordinance guns. So technically that might be the start of true mag-fed paintball. But that game wouldn’t have been played that way as much by choice as it was by happenstance. So let’s jump ahead to the time where players decided to play the game this very specific way.

Tyler Tiberius designed his first paintball marker even before Tiberius Arms, his company existed.  In 1988 while still in high school, Tyler began creating drawings of what would later become the Tiberius Arms Sniper Rifle. “I had no idea one of my doodles would evolve into a sketch of an innovative paintball gun design and the launch of Tiberius Arms,” Tyler stated in an interview in 2007. Yet in 2006 that’s exactly what happened. Rap4, another leader in mag-fed (and Milsim) markers released their T68 in 2007 and now have a huge line of mag-fed markers. In 2009 Kingman released their Kingman Training Chaser and Eraser. These were 11mm ( .43 caliber) and although they sold tens of thousands of these, in the end the marker was not as commercially successful as Kingman had hoped. In 2010 Tippmann launched their TPIX Pistol campaign.

And then there are companies that produce mag-fed products almost exclusively. Milsig’s long anticipated M17 line of markers is finally available and they are everything most hoped they would be. The M17 line are mechanical, fully automatic, mag-fed, First Strike compatible makers that are truly impressive. Similarly, Honorcore’s TGR Series of mag-fed markers are loaded with options right out of the box. And in the past two years even companies like Dye, KEE (Empire, JT), Planet Eclipse and Valken have jumped into the mag-fed pool, all producing excellent products.

In 2010 we began seeing CQB (close quarters combat) fields like CQB Tactical Paintball Field in Canada, where mag-fed markers and games are commonplace. Unfortunately they recently shut down after terrible ice storms devastated the field.  In 2013 Oklahoma D-Day added a mag-fed only game for the first time. And in the UK the first commercial mag-fed only game ever played was sponsored by Rap4 UK and the Warfighters paintball team in 2013. The game was called Operation End War.

Fields like SC Village, Hollywood Sports, Paintball Park at Camp Pendleton, Jungle Island Paintball Park and dozens of others are running mag-fed only games now. Mag-fed paintball is definitely on the rise. It’s getting bigger and bigger and probably has not come close to peaking yet. 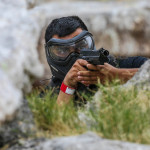 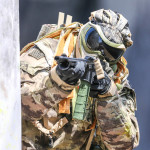 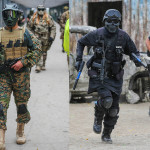 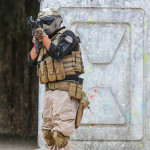 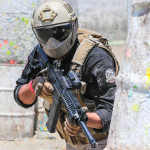 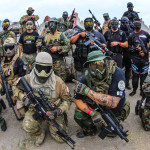