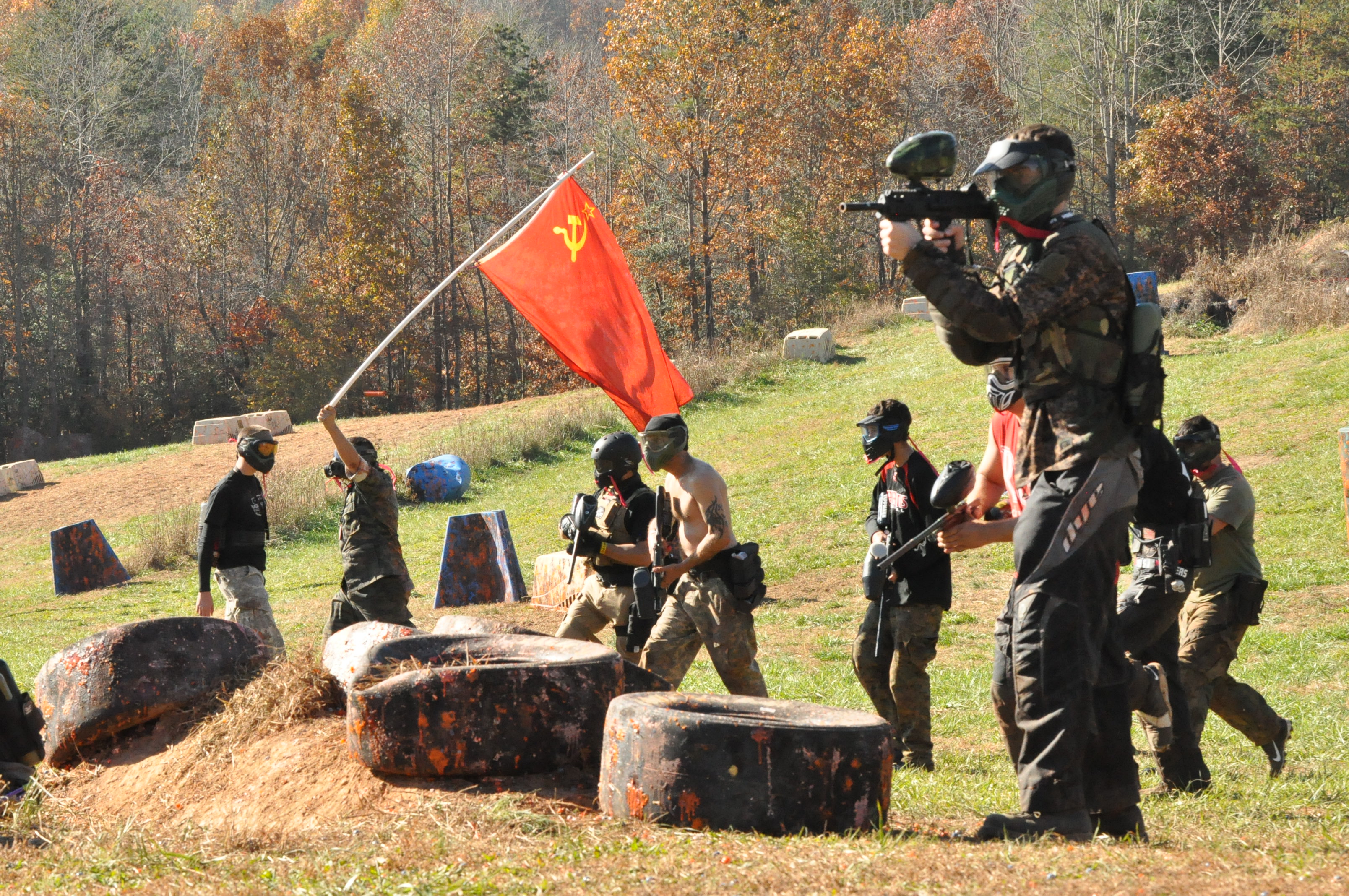 I sit on an airplane flying back from Command Decisions War Game Center in North Carolina thinking about one of the most fantastic weekends I have experienced in the sport of paintball.

The war is over for another year and the Fulda Gap Frontier has returned to normal. The troops have returned to their barracks and the tanks to their barns to await the 2015 incursion of Warsaw Pact across the DMZ.

The weather for paintball in NC this time year is perfect. Not too hot during the day and the nights are cool enough for a campfire that friends gather around to tell their war stories of the day and past games. (I currently live in Vermont so I think 32 is nice).  The staff at CDWGC has planned for a year to make sure the field is ready. Vendor row is full and there is a semi-truck of great paint for the players to shoot.

The Fulda Gap is an area between the Hesse-Thuringian border (the former intra-German border), and Frankfurt am Main that contains two corridors of lowlands over which tanks might have driven in a surprise attack effort by the Soviet Union and their Warsaw Pact allies to gain crossing(s) of the Rhine River. Named for the town of Fulda, the Fulda Gap was strategically important during the Cold War.

The Fulda Gap at CDWGC

Players pre-register for this game from almost the day that the game-over fireworks are launched the previous year. It has become one of the premiere events in the south east and a yearly reunion for many, who get to see their paintball family only one time a year. This year was also a special one for me as well as I would get to see my daughter who is going to UNCG. She would take to the field with her single shot bolt action Engler K98 Sniper Rifle to see if she could lay some first strike rounds on the Warsaw players.

The sides are always the 2 major powers of the cold war. The Soviet Union and its Warsaw Pact vs the NATO Allied Forces. I was honored to be asked to lead the NATO forces for the 2014 game when the listed General had to back out for personal reasons about 45 days before the game. I could not say no as I have been attending this game since 2011. It was truly an honor it is to be asked to lead one of the sides at this premiere event.

This year the General facing me from across the DMZ would be none other than Chris Aguayo of Task Force Legion. This was going to be a battle of huge proportions and I also knew he had prepared for this game since the year before and I only had a little over a month to put it all together.

Having arrived at the field on Friday I was able to speak with my team commanders to give them their assignments for Saturday. They were ready, they knew their jobs, and had gotten together with the teams they would lead into battle. However, I knew our biggest challenge would be getting the many walk-on players to the right teams before the start of the game. But we managed to make it happen with great leadership from the unit commanders.

Saturday morning came at the same time it does every day. But for me it was too soon. We had prepared. My XO’s (who had been invaluable in preparing for this game), Josh Justice and Cam Ferris, were ready and the players were staged to hit the field in numbers that I do not believe have been seen before on the NATO side.  Across the DMZ Chris and his XO (Were Wolf) were also rallying their players and I knew I was going to be in for a fight.

As the referees allowed our players to enter the battle field, my unit commanders (listed below) made sure their players were ready with air, paint, water and the stamina to stay on the field for as long as they were needed. Their attitudes were infectious, and it was filtering down to the walk-on players. These players were ready. It also must be noted that NATO SF and Warsaw Spetsnaz had inserted before game on to attack from hidden positions.

The NATO command staff entered it’s hardened bunker (an old military portable office) to once more look over our game map and test our radios (we had better communications than most Third World army’s) to await the game–on signal.

On Saturday NATO started in control of 11 bases on their side of the DMZ and Warsaw attacks from four bases. At the start of the game, Warsaw forces attacked the NATO forces that had advanced just outside of their cities and observation posts to defend them at all costs. In the command center the NATO commanders received reports of incursions by Spetsnaz and sent forces to send them back across the DMZ to their respective dead-zones. The Spetsnaz forces were a relentless force all day Saturday and they were a thorn in our side all weekend long. Well played Spetsnaz Forces!

There was a mission early in the day that was given to the 10th SF Group and they under the command of Carlos Pagan, completed it in record time.

Another record was set on this day as well. Camp Lee (also known as REX) has never been defended successfully in past years games. This changed in 2014 with unit 11/3 under the command of Jamie Pettus held on until the camp was nuked by Warsaw at 1330.

The day continued with attacks across the DMZ by determined Warsaw players, but the NATO forces held firm to the ground they were defending, I have to say that I was VERY impressed with the ability of all NATO commands and players to keep their eyes on the bases and points that would allow us to win the day. Not one time did they falter under withering attacks by Warsaw forces that included airstrikes and gas attacks. Not once did NATO give up a points station or run towards the sound of a firefight. Every NATO player knew that to win “IT’S ALL ABOUT THE BASE (no Warsaw).” The game ended at 1700 with NATO in command of all of the bases on their side of the DMZ.

There is a great night life at CDWGC. There was a night game (not for points) and Valken hosted a fantastic players party. Players retired to their camps and hotels to rest up and repair gear for Sunday, a day that would dawn, with cold and frost but still great weather for paintball.

The Sunday game is always scheduled for 0900 however by the time players had shaken off the cold and were ready to take to the field it was 1000. NATO started in control of Limberg, Marberg, and Bad Herzfeld. Warsaw would start in control of Frankfurt, Fulda, Camp Lee, and Gotha.

Warsaw forces would defend and NATO would attack. Once the game started NATO forces pushed forward to meet a stiff resistance from Warsaw across the board. However, the relentless attack by NATO forces enabled them to capture Fulda, Camp Lee, for the points. I have to mention Momba and Capitol Offence here because at 1137 I challenged them to capture Camp Lee by 1200 and they did it with 5 minutes to spare!

At 1300 I called a nuclear attack on the Warsaw held town of Gotha and I knew the victory was going to NATO. At this point NATO command radioed all of the unit commanders thanking them for their great work and told them to find a firefight and have a great time, they had earned it.  At 1330 we received a radio call that there was an incoming nuke headed for Sim City. This would deny NATO of 200 points, but at this point it did not matter, as NATO had won the day and the weekend.

A thank you to all the staff and players

The Fulda Gap Game has become one of the premiere games in the country and it is 100% due to the dedication of the Ferg, Greenman and CDWGC Command Staff. The refs are, by far, some of the best in the country and it shows. This game also attracts some of the best teams and players in the sport. The players at this game play with honor and respect for their fellow player and it shows. Players come for the game and to have a good time, but never at the expense of the fun of the other side. They are all united as friends in the sport of paintball and this makes the job of the Generals that much easier. I personally thank you all for your dedication to making Fulda Gap a success year after year.

Every year the Generals at this game have to pick players that stood out to receive several awards. This is always the hardest part of a Generals job as you are normally off the field and for NATO this year the victory was because of a 100% effort by all players. The NATO awards went to:

I have always been amazed by the generosity of paintball players and this year the players took it to a whole new level.

Fulda Gap, Make-A-Wish Challenge raised a total of 10,050.00. OUTSTANDING !!
Of that, approx. 3000.00 was raised by the auction of the two custom guns that were generously donated to the cause. The “pods of change” raised 420.00.
This year’s event raised about 35% more or $3450.00 than 2013.
As things stand, the two 2014 Fulda Gap events (Paintball and Airsoft), along with some individual donations have raised approx. $16,000.00. That means, in two years, the paintball and airsoft community along with a few friends have raised $23,700.00 for Make-A-Wish!! This would not have been possible without the dedication and caring of Larry Rivenbark. Thank you Larry for giving us all a cause and a goal.

Fulda Gap is and continues to be one of the best paintball games in the country. If it is not on your list of annual games or games to attend at least once, you need to add it for 2015. I can guarantee you will have a great time.

See you all on the field! 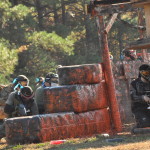 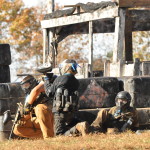 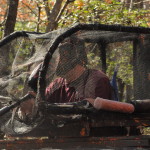 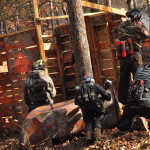 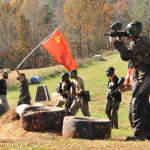