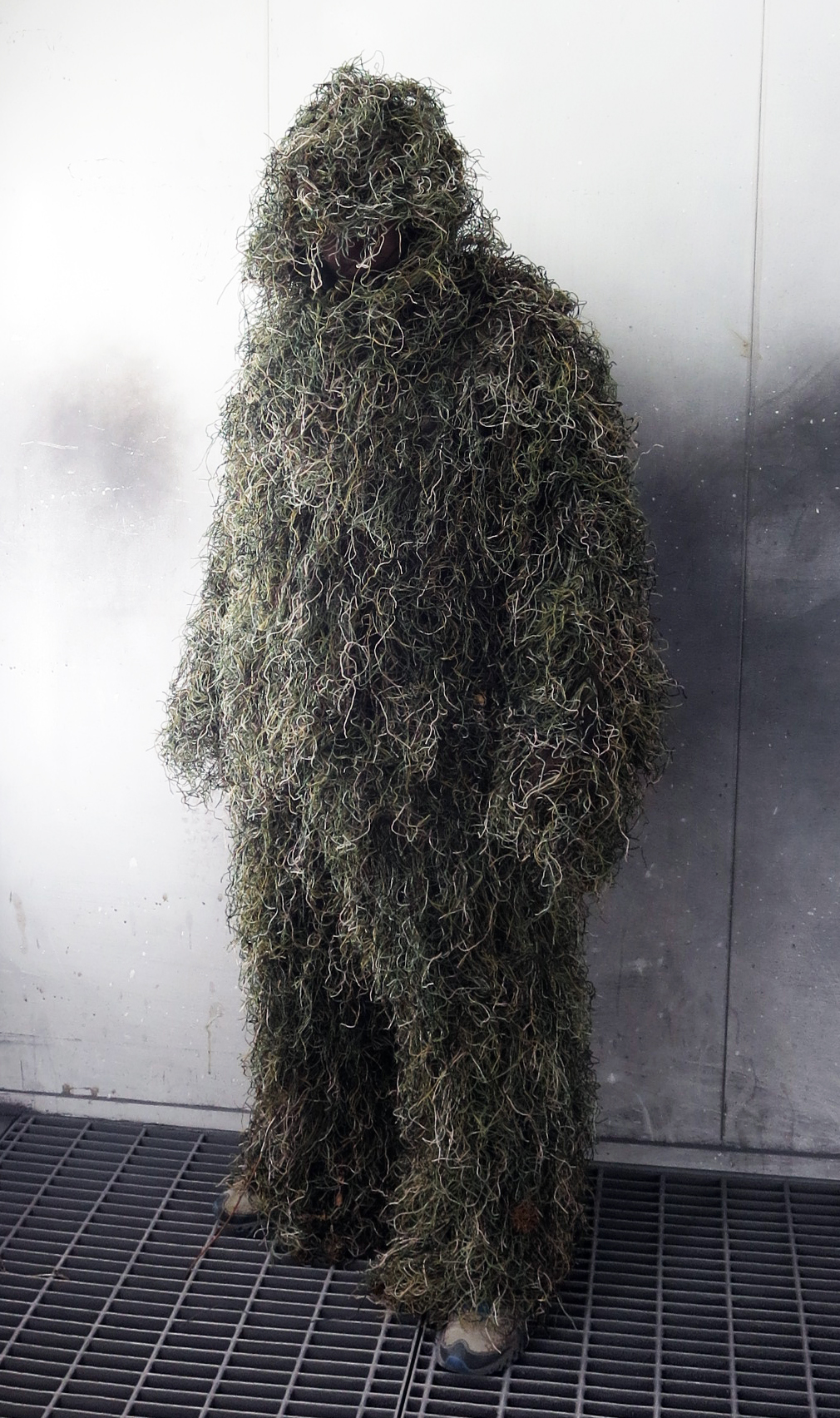 Camouflage has always been a serious part of tactical and scenario paintball and even casual woodsball play. In the early days of paintball, players wore military surplus BDU camouflage and even painted their faces to help blend in with their surroundings. As paintball equipment evolved, tournament players may have shunned camouflage for more brightly colored clothing but the serious woodsball players they left behind were finally greeted by numerous paintball companies offering camouflage pants and jerseys, along with camouflage goggles and accessories.

Ghillie suits, put to good use by snipers, sharp shooters and scouts from military and police forces around the globe to blend into their surroundings and keep the wearer concealed, have almost always been used for paintball, but paintball guns and the ammunition they fire, round .68 caliber paintballs, made serious “sniping” difficult at best. Even with the most expensive paintball guns, high quality aftermarket barrels and the best paintballs, accuracy is never a guarantee and those wearing ghillie suits were forced into more of an ambush role, utilizing concealment to allow opponents to draw close before firing in the hopes of eliminating targets while remaining out of sight. This has all changed with the recent entry into the game of the First Strike paintball round. A spin-stabilized paintball offered by Tiberius, the First Strike round is a paintball with a small, spiral-rifled fin system at its rear that drastically enhances both range and accuracy. With the advent of First Strike rounds and magazine-fed paintball guns designed to shoot them like those from Tiberius, Spider, Tippmann, MilSig and especially the SAR-12 bolt action paintball sniper rifle, there is now such a thing as a true paintball sniper, a shooter able to deliver single accurate shots from concealed positions to eliminate opponents at long range, and this change makes the Ghillie Suit more useful to a serious paintball player than ever before!

First used by Scottish game-keepers and hunters to remain concealed from both prey and poachers, then pressed into military service and now used by snipers and scouts to all but disappear into their surroundings, a Ghillie Suit helps fool observing eyes by breaking up the human silhouette. Using colored strips of rope or yarn over a light camouflage base and often augmented by pieces of foliage from the local surroundings, a Ghillie Suit helps the wearer look like anything but an opponent with a gun, allowing a slow-moving or stationary shooter to remain undetected – at least until they fire and possibly even afterwards. Often made by hand by individual snipers or shooters to best suit their particular requirements, for paintball purposes commercialyl available Ghillie Suits like the one sent to X3 by Miles Tactical and manufactured by GhillieSuits.com, are readily available and work quite well to help an aspiring sniper disappear. Though hot once worn over paintball clothing, the Ghillie Suit sent for review was lightweight, easy to put on thanks to its pants and hooded jacket configuration, and was relatively easy to move around in. With the hood up over the wearer’s head, a player willing to remain still and find a good position from which to shoot can all but disappear, making identification by opponents near and far very difficult. Serious paintball snipers will add foliage and brush from their local field to the suit, further helping them to blend in.

Well-made, lightweight and very effective at concealing the wearer, the Ghillie Suit is now a serious part of modern tactical and scenario paintball and anyone willing to put the time into learning how to accurately shoot First Strike rounds and use a Ghillie Suit to remain concealed can live the dream of making that amazing one-shot hit that their opponent never saw coming!
www.MilesTactical.com