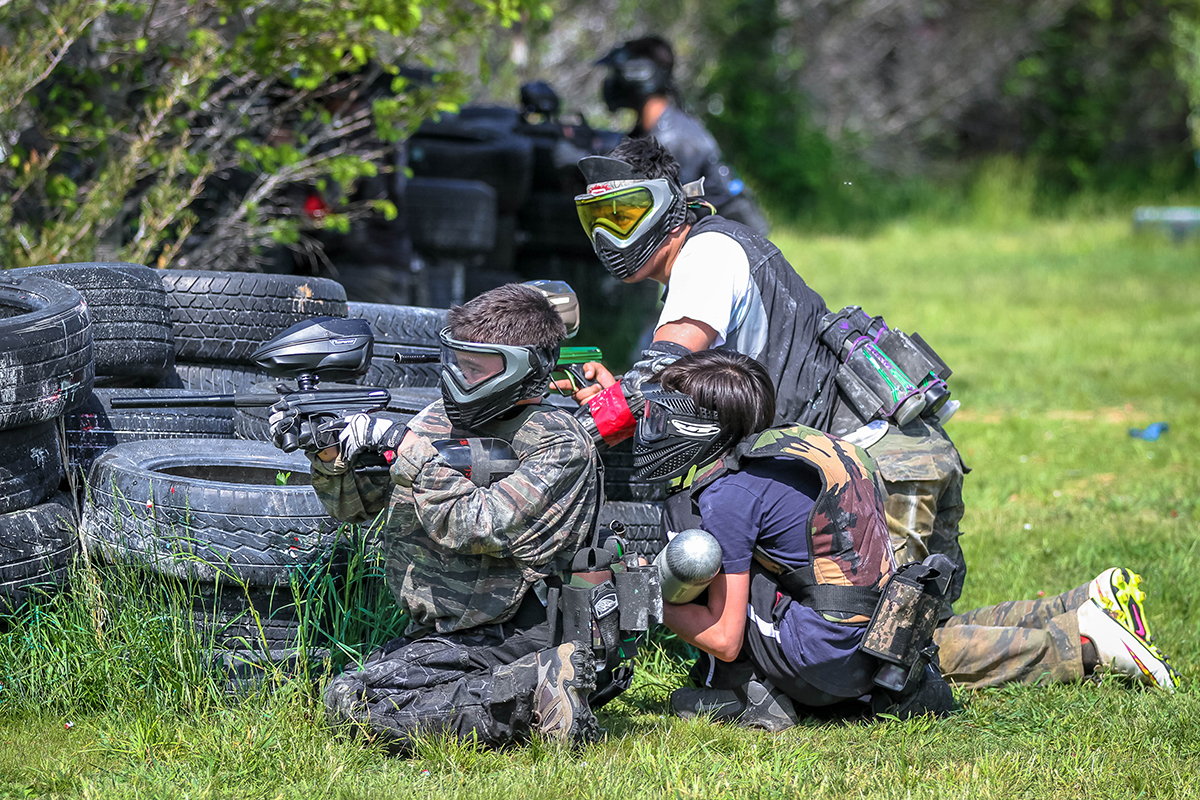 For more than 25 years, Cousins Paintball has been presenting their annual Big Game, with hundreds of players from all over the country swarming their Long Island, New York paintball park to experience one of the best scenario big game events of the year.

2015 brought a new field layout, instead of the East/ West battle of the past few years, the layout was turned 90 degrees. This allowed for much more lateral movement, giving the generals more options for attack plans and stealth movement through the wooded sections of the field. Leading the Red team was paintball legend and Master Blasters’ player Rob Navas who was opposed by the up and coming Chris Antal captain of Team Punishers, another New York team. This was an interesting match-up; Rob preferred the brute force method of paintball as did his Red Army, while Antal took the tactical approach, using his player’s unconventional equipment such as Metadyne launchers and First Strike capable markers to combat the endless attacks.

Over the course of the two day event, millions of paintballs were shot, epic tank battles occurred and hundreds of players on both teams fought the elements as well as each other and when the smoke cleared, The Red Army walked away the winner over Antal’s Blue Team, by the narrowest point margin in years. Since Cousins’ Long Island park moved to its new location in Calverton three years ago, this was the best received Big Game by the players and now that they’ve got the field layout dialed in for large events the next ones are going to be even better.

Massive thanks to event sponsors; Kee Action Sports, Tippmann, GI Sportz, Planet Eclipse and DYE Paintball , Cousins sponsored teams New World Order and LIFT who helped supplement the usual reffing corps and especially all of the players who came out for the weekend!!