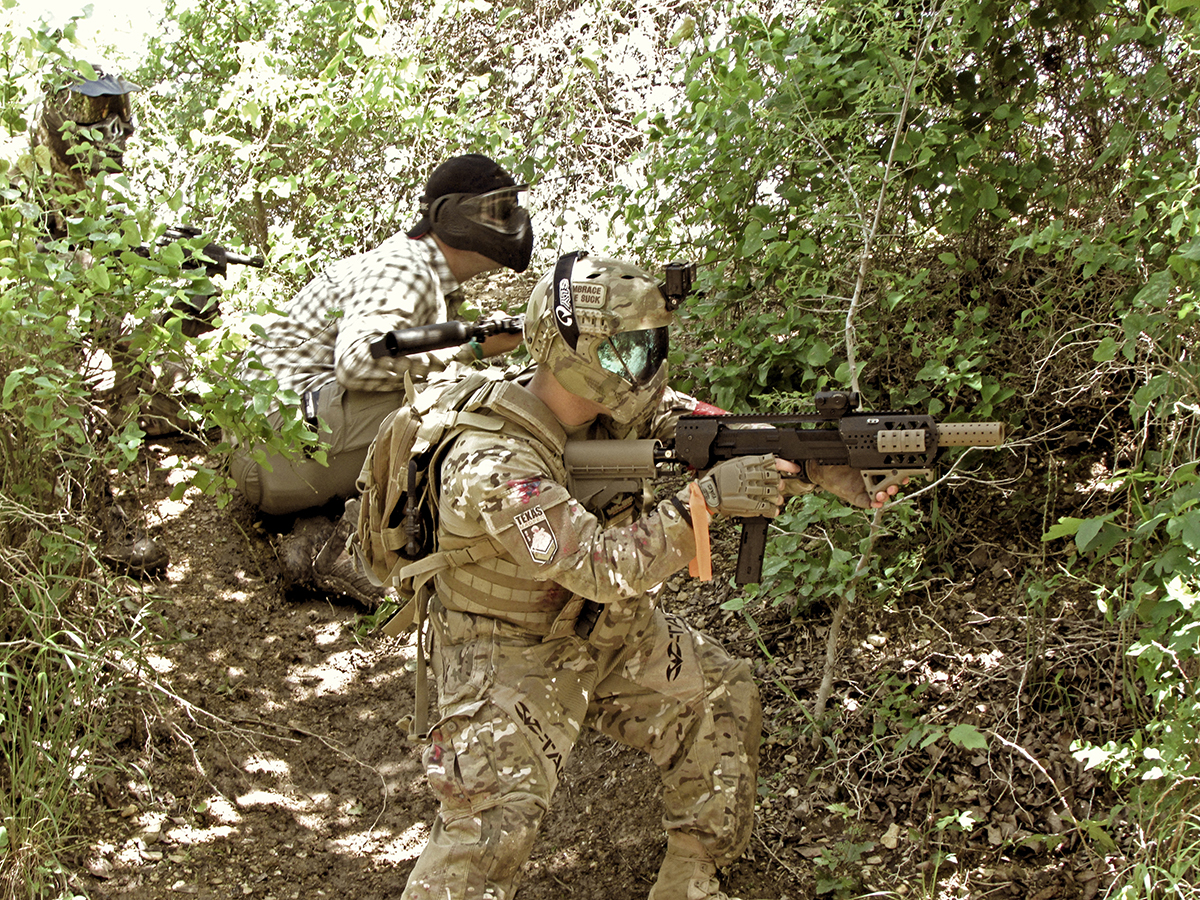 Texas is a great place to play paintball with many different parks to play at. With MagFed becoming a new popular form of paintball, everyone has found a way to get together and share the love for magfed paintball. I recently had the pleasure of going to one of the events they arranged at DFW Adventure Park in Texas.

Chad Arnouville began Texas MagFed in mid 2013 as a way to rally players to and gather sound numbers to determine whether they had enough of a group to have Viper and DFW Adventure Park produce a MagFed scenario event. The group grew in numbers quickly and Viper polled the players to see if it was feasible. Less than a year later he produced MagFed Mayhem 2014.

Around the time that all of these great things were happening, groups were popping up in Central and South Texas. Carlos Pagan and Fernando Diablo-Rios started hosting small games. Chad then approached them and Brandon Columbus at MagFed Mayhem and proposed that they all combine their games with Texas MagFed to create a more organized statewide organization.

They began to develop regions to promote the games they would start holding on a monthly basis, soon to be called MagFed Shooter Games. The group members continued to grow and more regions were added as well as admins to help host monthly games. Today, Texas MagFed has grown to nearly 600 members today. They also host games several times a month throughout the state. They also organize a larger regional game once a year that they call Operation. Operation Neptune brought nearly 90 people to Central Texas including Doug Brown from Milsig Direct.

If Texas MagFed were to have a mission statement it would be that they are a player advocacy group with the sole purpose of growing the genre of paintball called magfed by holding monthly games all across the state of Texas. Some of the teams that were represented at this one event I went to were Ghost of Sparta from Houston, RedRum Dallas-Fort Worth, Gorillaz 0811, and the Hellions. Talk about being a part of a great movement here in the great state of Texas! If you or anyone you know resides in Texas or would like to be a part of this group, visit the Facebook page at https://www.facebook.com/groups/TexasMagFedPaintball/