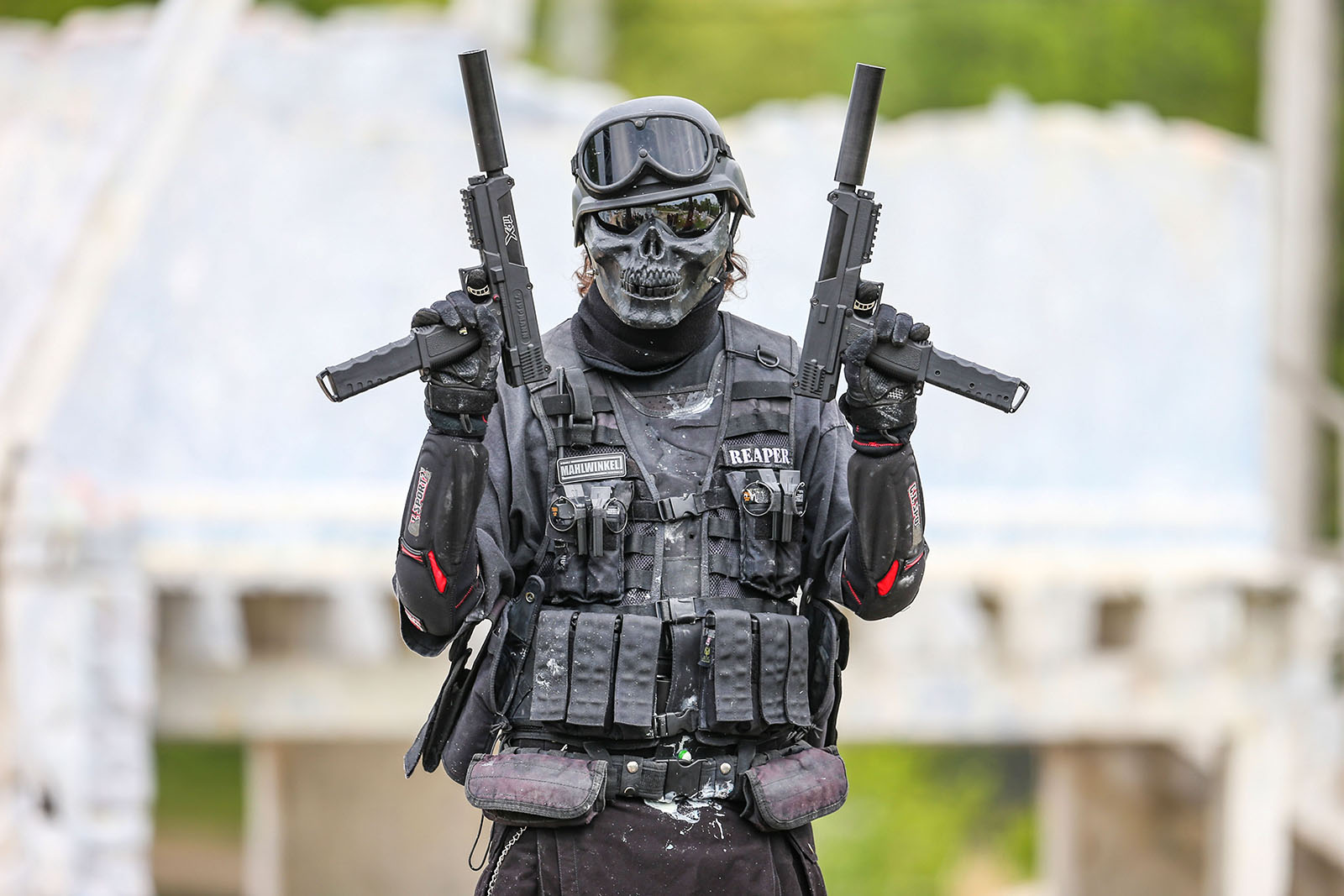 Tippmann, longtime manufacturer of affordable paintball guns used worldwide by fields and playing parks as rental equipment and by millions of players who love them for their legendary durability and military-themed style, added a new magazine-fed marker to their lineup for 2017. While Tippmann already offered some of the most rugged and reliable paintball guns in the world to the recreational, scenario and tactical paintball communities in their 98 line, the A5, X7, Stryker line and magazine-fed TiPX pistol and TCR carbine, the company was criticized for not pushing further into the rapidly growing mag-fed market with a dedicated platform. That time is over, as for 2017 the company released the TCM, a fully pneumatic magazine-fed carbine looking and handling like an AR15 or M4 rifle. Standard with a collapsible carbine-style stock, plenty of sight and accessory rails, the ability to feed from included magazines or a hopper, a bottom-line air adapter and front and rear adjustable sights, the TMC is rapidly earning respect for its performance and price in the extremely competitive magazine-fed segment of paintball. In business since the 1980’s and responsible for bringing such innovations to paintball as fully automatic fire with markers like the SMG60 and later semi-automatic models like the 68 Special, Pro-Am, Pro-Lite and Pro-Carbine, Tippmann is now owned by G.I. Sportz and does business out of Indiana.